Henry Clay Frick envisioned a museum “for the purpose of encouraging and developing the study of the fine arts, and of advancing the general knowledge of kindred subjects.” Since the museum’s opening in 1935, education programs have been at the heart of its mission and activities, from lectures and symposia to concerts.

The education department offers a robust Guided School Visit program that serves thousands of students per year, including Title I public schools for whom all fees are waived. The Frick engages in various partnerships with after-school programs, among these Apex for Youth, The East Harlem School, Boys’ Club of New York, and Prep for Prep. A particularly distinctive partnership has grown between the Frick and the Ghetto Film School, which celebrates careers in film-making and storytelling.

And yet, the Frick is one of the few New York City museums without devoted classroom and meeting spaces for student groups. The plan proposes a centrally located education center that welcomes and engages communities and enables the intersection of art and ideas.

For press coverage of the Frick’s innovative collaboration with the Ghetto Film School, follow these links

Association of Museum Directors (AAMD)
Next Practices in Diversity and Inclusion

“At the Frick, we believe the pursuit of learning should be celebrated. Our educational programs engage art lovers, and an education center will provide the necessary structure to support our efforts.”
Rika Burnham, Head of Education 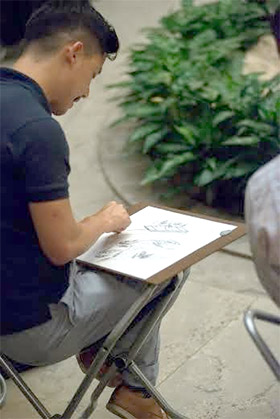