1948 view of the Frick with townhouses to the east of the museum; The Frick Collection/Frick Art Reference Library Archives

A short period after the museum’s public opening, space constraints became apparent. The Trustees had continued to acquire works of art for the permanent collection after Mr. Frick’s death, adding such iconic paintings as Ingres’s Comtesse d’Haussonville and works by Duccio, Cimabue, Gainsborough, Goya, Monet, Piero della Francesca, and Rembrandt, among others. In 1940, with plans for future expansion in mind, the Frick purchased the property at 9 East 70th Street. Six years later, 7 East 70th Street was acquired, and 5 East 70th Street was purchased in 1972, finally completing a parcel of land adjacent to the existing museum that was large enough to accommodate an expansion.

The Trustees were so concerned with these needs that in 1967, five years before purchasing the final parcel of land, they commissioned renderings for an expansion by Johnstone McMillin and Associates Architects of Pittsburgh.

Dr. Henry Clay Frick II, grandson of the founder and then president of the Board of Trustees, explained these needs and intentions in a statement to the Landmarks Preservation Commission on May 15, 1973:

“Only four years after the Collection opened to the public in 1935, the Trustees and staff became aware that both mounting attendance and increasing activities would make the construction of a wing desireable in order to carry out the educational objectives of the Founder. Long-range plans for the Collection still include the hope for a wing to encompass a larger auditorium; the present one, originally designed as a gallery, seats only 180 people and is most inadequate for the Collection’s Sunday concerts and many of the Saturday lectures. The wing would also provide for seminar and class rooms, which at present are non-existent; for modernized conservation and photographic facilities; for new offices; and for badly needed public-lounge, coat-check, and sales-and-information areas.” 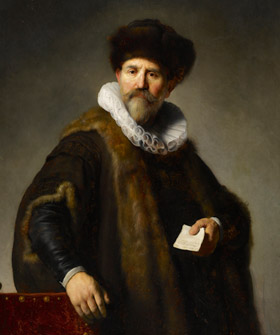