Visitors to The Frick Collection are often surprised to learn that many of the museum’s most treasured architectural features were not part of the original Frick family home.

When Henry Clay Frick engaged Carrère and Hastings—the renowned architects of the main branch of the New York Public Library at 42nd Street and Fifth Avenue—to build his house in 1913–14, he did so with an eye to the future. When he died five years later, his will made clear the scope of his vision. He directed that an institution be created “for the purpose of establishing and maintaining a gallery of art…and encouraging and developing the study of the fine arts, and of advancing the general knowledge of kindred subjects.”

The footprint of the institution nearly doubled in 1935 when, after the death of Mrs. Frick, the architect John Russell Pope converted the once-private mansion into a museum and replaced the single-story library with the present structure. Among the most successful and striking features of Pope’s addition is the Frick’s interior Garden Court. Within a few years of the museum’s opening, critical space needs were identified. Neighboring properties were purchased in 1940, 1946, and 1972 specifically to provide a contiguous site on which these needs could be met. In the economic downturn of the 1970s, the Frick chose to build a modest pavilion for visitor-service functions instead. Basement-level education rooms included in that 1977 structure soon became temporary exhibition galleries, and desired upgrades, such as a purpose-built conservation laboratory and a larger auditorium, remained unaddressed.

Since then, only one small permanent collection gallery was added, the 815-square-foot Portico Gallery in 2011. This is the case despite the fact that after the death of Henry Clay Frick in 1919, the Board of Trustees he established continued to acquire works of art, using his aesthetic taste as a guide. The permanent collection has expanded by 75 percent since the museum’s doors opened to the public.

As the holdings of the Frick are so well presented in the distinctive atmosphere provided by the 1914 mansion, it is the institution’s vision to open up a portion of the second floor as new galleries while adding space for educational classrooms, an enlarged auditorium, upgraded conservation facilities, and improved spaces for other public amenities. The Frick hopes to show a great deal more of its collection while continuing its history of architecturally cohesive expansions and renovations.

“The opening of domestic spaces on the mansion’s second floor will further strengthen the feeling of intimacy that visitors to the Frick so enjoy.”
Margot Bogert, Trustee and Former Board Chair 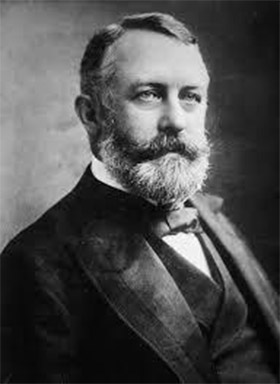